The hopped up muscle car came careening to a stop on the wet pavement. Mel left the car running and the cassette tape blaring as she jumped out and covered the remaining distance to the front door on foot. Van Halen, arguably the best debut album ever, provided the soundtrack for the chaotic scene that unfolded on the soggy front lawn. That’s the interesting thing about Oregon, it doesn’t matter what the season, the lawn is always thick and soggy. Mel pounded on the front door in time to the beat. Because music engages broad neural networks in the brain and fixes memories, neuroscientists often use it in therapy to summon ‘music-evoked autobiographical memories’ or MEAMs. The strong memories of this violent yet hilarious scene, ripe in fear, drama and excitement, are activated in my hippocampus every time I hear Ain’t Talkin’ Bout Love. 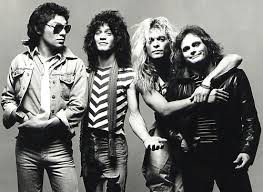 I was staying with Dad and his new wife, Vicki for a couple of weeks during the summer between my 6th and 7th grade years. Dad had recently divorced Mel and because he wasn’t fond of being alone, had Vicki on the ropes before deciding to make such a move. Vicki was a scrawny, chain-smoking skank with long blond hair and the charm of Tanya Harding. She wore slacks and jackets regularly, as she had an office job and fashioned herself some sort of a professional, but the white blouse and polyester were not enough to conceal neither her pedigree nor her odious personality. She was still young but carried the bitterness of seasoned professional. She hated me from the start and made every effort to make sure that my Dad showed me little emotion. Dad had traded in crazy for evil.

I was sitting at the front living room window when Mel’s car skidded to a stop at the front curb. Vicki had run into the house seconds earlier as Mel had seen her car somewhere in town and followed her home. Vicki yelled something about helping her secure the house as she slammed and bolted the front door shut, but I sat motionless. It was so like Mel to make such an entrance and although she scared the shit out of me, I was happy to see her, in her trademark long red wig. Vicki’s eyes were wide with fear as she moved through the house securing the doors and windows. She grabbed the phone and began dialing. The booming crash of Mel’s fist on the door sent shock waves through the house that bounced off the barren walls and terminated in my spine. A familiar charge of fight-or-flight hormones surged through my veins like a heavy dose of speed and caused the hair on my scalp to stand. Despite the rush, I remained still in my chair.

“I’m gonna break down this fucking door, you bitch!” Mel yelled, “and I’m gonna break your fucking neck,” she continued. The intent was clear and although my heart had yet to form a solid hate for Vicki, I was excited to see Mel follow through. Had we been further in our relationship Mel would have had a devoted ally on the other side of the door.

A lifetime or few seconds passed and Mel finally spied me through the front window. She looked surprised and stalled for a second. I waved. “Kelli, open this door,” Mel cooed icily.

Vicki, recognizing the potential danger, quickly stepped into Mel’s line of sight and stared me down. “Don’t you touch the door,” she demanded yet her eyes gave away her uncertainty. I stared at her in silence, a rapid motion picture running through my head. Quickly I sized her up.

Obviously smitten with the false security she had created behind the locked door, Vicki turned toward Mel and through the clear paned glass taunted, “Fuck off you crazy bitch.” I was amazed at both Vicki’s naiveté and faith in the thin barrier between she and Mel and instinctively grasped my own mouth in fear. The crazy was released. Mel stepped back and started kicking the door with full force, intent on removing the obstacle that separated her from her prey. Three, four, five times. The frame didn’t stand a chance and started to crack. In a panic, Vicki began to scramble toward the back bedroom. Had the cop cars not driven up at that moment, Mel would have certainly broken the door down within minutes.

Mel, seeing the familiar faces of the officers, made a last effort attempt at destruction and started pulling up the two newly planted Rhododendrons at the base of the front steps. Before they could reach her she had uprooted the purple flowering plants and left them piled at the foot of the locked door. 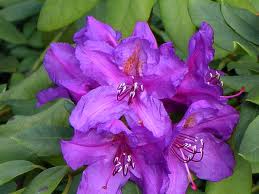 The purpose for staring this blog is threefold, one, to push my personal limits a bit and share my story with others, two, hopefully in doing so, to get a clearer understanding of myself and three, to inspire the youth with similar stories to keep going. My story is weird. I’ve seen the response on people’s faces my entire life. I am fairly guarded on what and how I share with people but I have decided I’m too old give a fuck anymore. As I’ve said, my story is weird, but only parts. Many parts are very normal. Hopefully this blog will allow me to introduce myself in a way that reflects my many angles (and curves) and refuses to let you walk away and peg me as, “the girl who did this” or “the girl who did that”.
View all posts by Kelli K. →
This entry was posted in 6th and 7th Grade- Gresham, OR and tagged childhood, stepmother, Van Halen. Bookmark the permalink.