It was the summer between my seventh and eighth grades years, the summer before the shit hit the fan. Mom was working at the Hooper Detox Center downtown Portland, where the paddy wagon would round the drunks off of the streets and take them to the center to sober up, clean up and stay in a warm bed for the night. I read a study once that proposed that people with overweight friends tend to be more overweight, a case of comparative self-reflection. Working at Hooper, I feel that Mom had fallen into this mindset as well. She was surrounded by incredibly dysfunctional drunks and because those around her were so much worse off, began drinking more in celebration of her relative stability. Things were getting bad. 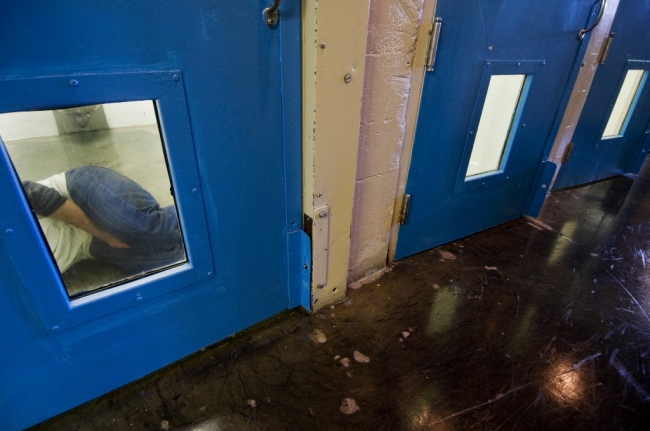 It was through this distorted lens that Mom agreed to let me board a Greyhound bus from Portland to Deer Lodge Montana to visit my grandparents. Not a lot of thought went into the process as when I arrived in Deer Lodge a few days later, my grandparents were out of town and not expecting me. It was actually a good thing because I was stoned out of my mind when we finally arrived in Deer Lodge, a product of the new friendships forged en route.

A few Greyhound stops earlier in Spokane, a young discharged soldier had boarded the bus. He sat in the set of seats next to mine and told me his story. At our brief lunch stop in Missoula he both treated me to a bowl of blond hashish and offered to buy me a new pair of shoes, to replace the ragged ones I was wearing, if I agreed to get off of the bus and visit the adjacent hotel with him. His blatant offer to prostitute myself coupled with my hash-induced vulnerability really scared me.  Even at thirteen the realization that my sexuality was a source of power was not lost on me, but the fact that it could be drawn upon as a commodity became clearer. The Catholic narrative upon which I was raised continued to crumble before me. One’s well-guarded sexuality shared only with the purest intent is a luxury for those with options. It’s like the wealthy boycotting Walmart.

I knew it was a line I would need to be very desperate to cross and although I saw my options narrowing every day, technically, I still had my mom. There were moments at this time in my life where I felt as if I was standing on a lake covered in ice with no firm footing in any direction and the temperature was quickly rising. Politely, I thanked the young man for the sharing the hash and declined his offer.

The purpose for staring this blog is threefold, one, to push my personal limits a bit and share my story with others, two, hopefully in doing so, to get a clearer understanding of myself and three, to inspire the youth with similar stories to keep going. My story is weird. I’ve seen the response on people’s faces my entire life. I am fairly guarded on what and how I share with people but I have decided I’m too old give a fuck anymore. As I’ve said, my story is weird, but only parts. Many parts are very normal. Hopefully this blog will allow me to introduce myself in a way that reflects my many angles (and curves) and refuses to let you walk away and peg me as, “the girl who did this” or “the girl who did that”.
View all posts by Kelli K. →
This entry was posted in 6th and 7th Grade- Gresham, OR and tagged alcoholism, childhood, memoir. Bookmark the permalink.