Although many of these stories focus on the devastating effect my parents’ drug use and alcoholism had on us three kids growing up, it’s just as sad to look at my mother and recognize how deeply her alcoholism affected her as well. As a young mother she was a vibrant, beautiful waif with a quick laugh and a sweet disposition and although she preserves many of these characteristics today she had a long turbulent journey returning. It is clear that the times limited her opportunities and her choice to be a homemaker, even more so. Losing her sole means of financial support through the divorce, needing to quickly figure out how to support three kids and becoming bound by the stranglehold of substance abuse, left her with even fewer options. Sifting through the quagmire of my anger toward my mother for making such shitty choices (of which she is still fully responsible), I recognize the factors that contributed to her choices and I am very proud of her for trying for as long as she could. She loved us deeply but was limited by her own upbringing and by the destructive grasp of her addiction. 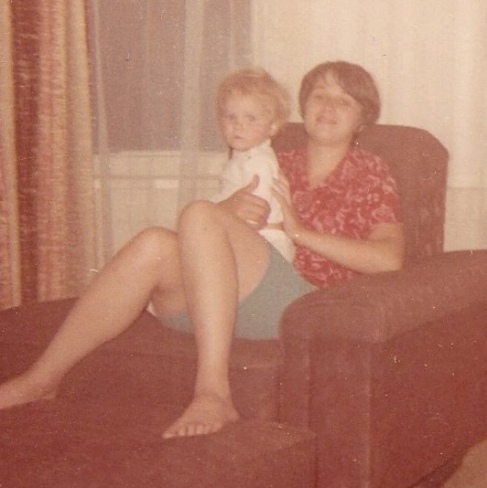 After my third grade year in Eugene, Jason and I moved back with mom to Deer Lodge Montana. This was the first time that the three siblings had been split up as Jerry remained in Eugene with dad for a brief time. A year prior the three of us had been schlepped off to Dad’s, which allowed mom to spiral into a yearlong drinking binge. We had seen it coming with the ongoing crazy drunken parties at the apartment and the numerous accounts of having to care for my mother as she lay in a pool of her own vomit. As a second grader I was so scared to see my mother in such a state and had to battle Jerry’s anger filled commands to, “Leave her alone, let her clean up her own shit,” with my timid laments of, “Oh, but she’s sick.” With us gone, Mom dove head first into her addiction. After only a year my father decided to return us to her care, as if our presence was cramping his lifestyle. Mom had missed us and decided it was time to sober up. She was new to recovery and decided her best approach would be to go cold turkey. This too, would prove to be another one of mom’s poor decisions.

Upon our arrival to Deer Lodge, my great-grandmother had offered her small studio rental while mom looked for a place. It was located behind my great-grandmother house and backed up to an old dusty alley. The alley faced the center of the small town, and if followed to the end of the block, opened up to a large grocery store. Two blocks further, and one would be at Sharf’s Family Restaurant, the place mom had found employment. We were very central and overly cozy as the 500 sq. ft. studio housed mom, her boyfriend Bob, and me and Jason. The studio hosted a small kitchenette, a teeny bathroom with a claw foot tub, a Murphy bed that mom and Bob slept on and a pair of bunk beds for Jay and I. We had few belongings all stuffed into cardboard boxes and black plastic bags. Grandma had found a couple of old dressers from an upstairs bedroom and gave them to us to help organize our lives a bit. It took an about an hour for us to unpack and organize and then Jason and I were free to roam around.

There was a central city park about a block away that had a small, flat concrete area surrounded by an ankle high curb. In the winter time the city would flood the concrete area and wait for nature to turn it into an ice skating rink. It was a central meeting place for all of the neighborhood kids. Jason and I spent a good deal of our time in this small park that afternoon and met a scrawny orange stray tabby that followed us home. Within the short walk home I had named her and was excited to ask mom if we could keep her.

I walked into the small studio with the cat in my arms. Mom took one look at the creature and jumped up on the Murphy bed in terror. Her eyes widened and she began to tremble violently. She backed up against the wall, pointed at the demon in my arms and began wailing, “Get out!” Her voice was shrill and desperate like the times I had seen Bob grab her by the back of her hair and her eyes were as wide as if I had been holding the seven headed beast of the apocalypse. Her fear and confusion permeated the room and engulfed us. She shrieked in terror and clawed at the wall behind that prevented her from moving further away from the creature.  I was scared to death but I couldn’t figure out what I was supposed to be afraid of.  I tried to clear up the confusion by moving forward with the cat to try and convince my mother that she had nothing to fear, but Mom’s yelps of pain and torture caused me to drop the poor feline against her struggles to escape. The cat bolted from the room and mom fell to the bed in a sobbing fit. Jason ran to comfort her and pat her on the back but I was too chary and frightened. I wasn’t exactly sure what had just witnessed but my mind kept running to the scenes in the Exorcist, a movie I had recently seen on cable at Dad’s house.

I would learn years later that Mom’s desire to get clean and sober quickly, resulted in DT’s (delirium tremens) or “horrors” that can cause seizures and even death. At the time it was just another horrific episode burned in my psyche, another account that solidified my wariness and uncertainty of those in charge. As an adult, I get it, but as a kid it was just fucking scary. Mom was dedicated to getting sober and it nearly killed her. The next day she checked herself into Warm Spring State Hospital, the place where One Flew Over the Cuckoos Nest was filmed, to dry out. This would be the first visit. Jason and I were left in the care of Bob, while she did so.

The purpose for staring this blog is threefold, one, to push my personal limits a bit and share my story with others, two, hopefully in doing so, to get a clearer understanding of myself and three, to inspire the youth with similar stories to keep going. My story is weird. I’ve seen the response on people’s faces my entire life. I am fairly guarded on what and how I share with people but I have decided I’m too old give a fuck anymore. As I’ve said, my story is weird, but only parts. Many parts are very normal. Hopefully this blog will allow me to introduce myself in a way that reflects my many angles (and curves) and refuses to let you walk away and peg me as, “the girl who did this” or “the girl who did that”.
View all posts by Kelli K. →
This entry was posted in 4th and 5th Grade- Deer Lodge, MT and tagged alcoholism, childhood, memoir. Bookmark the permalink.