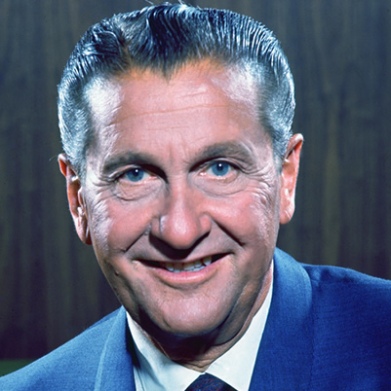 I love Lawrence Welk and find it difficult to explain to people. If I am unable to watch a Saturday night episode, which really isn’t that likely- that is truly what we’ve been reduced to, then I will record it and watch it later in the week. Of course there is a kitch factor, but it’s more than that. There is a slight element of ‘simpler times’, but it’s more than that as well. In carefully analyzing my heartfelt affinity to Mr Welk and abundant joy his variety show has brought me, I will attempt to explain as best I can.

My earliest memories of my maternal grandparents involve Lawrence Welk. Every Saturday night, they would religiously sit in front of the TV and absorb the wholesome Midwestern entertainment. The Technicolor sets and uber bright costumes created a visual Wizard of Oz every week. I was sensory high, sitting cross-legged on the floor in front of the TV breathing in the colors. The variety aspect of the variety show piqued my interest every time I watched. In one hour one was certain to see dancers, singers, big band players, solo artists, duets and of course the Lennon Sisters. The acts spanned the gamut and each had a certain element that fascinated me and kept me glued to the set.

The musicians were amazing and although I found the big band fascinating, it was the accordion playing of Mr Welk himself that I most adored. He could lead an entire big band with an accordion and take time to smile into the camera to show you how much fun he was having as he did so. Even at a young age I remember having to reconcile the feeling of this all just being too dorky for words against a deep fascination with the whole presentation. I decided my love for the sensory high was much greater than my desire to be cool and I would forever remain true to Lawrence Welk.   https://www.youtube.com/watch?v=zsCvsknriAQ

Another alluring aspect of the Lawrence Welk show were the regulars on the show, the smiles and the energy they exuded were creepily contagious. I remember staring at their glistening white teeth and large bouffant hair and thinking, are they for real? Are there really people out there like this? Do people walk around smiling all day and sometimes break out in dance because they are just so bizarre? I was fully aware that they were entertainers and that they were behaving in such a strange manner for my benefit, but the efforts were not lost on me. I creep myself out a little that the show evokes a smile from such depths.  Creepy sweet nostalgia. Years later I would meet someone who actually behaved like this in their normal life, not just on stage, and was immediately drawn to my strange mother in law. I soon tired of her energy and verve for life, but that didn’t phase her.

It is with quiet trepidation and underlying pleasure that I share this intimate aspect of my life with you and hope that the next time you channel surf past a Lawrence Welk episode on a lonely Saturday night, you get past the knee jerk reaction to run from said bizarre behavior and enjoy all that the great man from the Midwest has to offer. I think you will enjoy it.

The purpose for staring this blog is threefold, one, to push my personal limits a bit and share my story with others, two, hopefully in doing so, to get a clearer understanding of myself and three, to inspire the youth with similar stories to keep going. My story is weird. I’ve seen the response on people’s faces my entire life. I am fairly guarded on what and how I share with people but I have decided I’m too old give a fuck anymore. As I’ve said, my story is weird, but only parts. Many parts are very normal. Hopefully this blog will allow me to introduce myself in a way that reflects my many angles (and curves) and refuses to let you walk away and peg me as, “the girl who did this” or “the girl who did that”.
View all posts by Kelli K. →
This entry was posted in Uncategorized and tagged childhood, Lawrence Welk, memoir, Midwest. Bookmark the permalink.

A Good Blog is Hard to Find